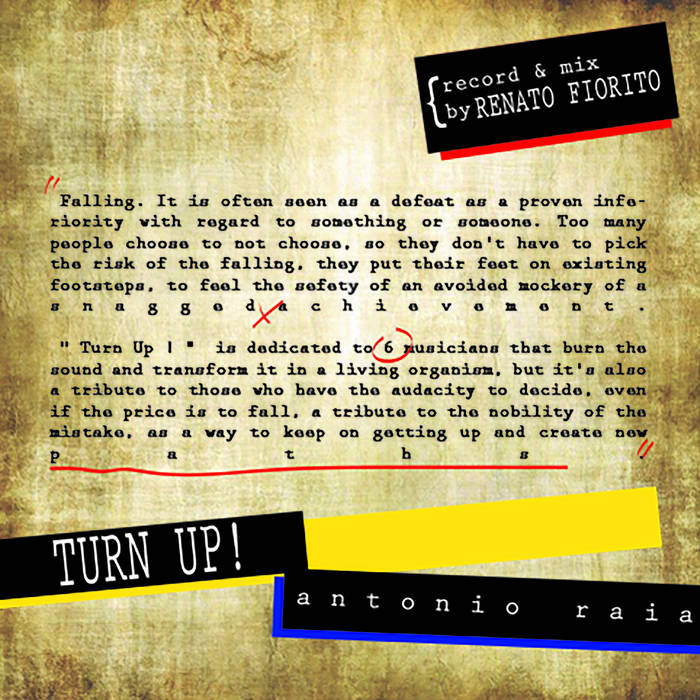 Falling. It is often seen as a defeat as a proven inferiority with regard to something or someone. Too many people choose to not choose, so they don't have to pick the risk of the falling, they put their feet on existing footsteps, to feel the sefety of an avoided mockery of a snagged achievement.

" Turn Up ! " is dedicated to 6 musicians that burn the sound and transform it in a living organism, but it's also a tribute to those who have the audacity to decide, even if the price is to fall, a tribute to the nobility of the mistake, as a way to keep on getting up and create new paths.

Bandcamp Daily  your guide to the world of Bandcamp

New sounds from Mavi, Ivy Sole & Moderator, plus AJ, the One joins the show, for her latest release